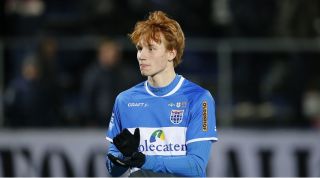 Liverpool are close to concluding a deal for Zwolle defender Sepp van den Berg, according to the Daily Telegraph.

The Reds will announce their first signing of the summer this week after winning the race for the 17-year-old.

Bayern Munich and Ajax were both vying for the youngster's signature, but Liverpool have convinced him that they represent the best option.

The centre-back made 15 Eredivisie appearances last term after making his league debut for the club in March 2018.

And with just a year left on his contract at Zwolle, Liverpool have pounced to acquire him for just £2m.

Van den Berg is a highly regarded prospect in the Netherlands but is not expected to be a first-team regular at Anfield next season.

Forget the hysteria: VAR can work – it just needs time