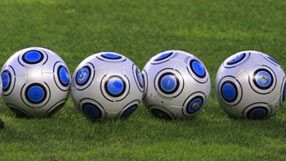 The two parties have been talking for weeks over Serie A's proposals to force unwanted players to train away from the first team or accept a transfer, conditions the footballers' union cannot agree to.

"The players' association... will wait until November 30 to announce the date of a matchday strike," the union said in a statement.

Italian football federation chief Giancarlo Abete has tried to mediate in the row but his suggestion that Serie A and the union discuss a new collective contract without mentioning unwanted players has been rejected by the league.

"The logic of the strike makes no sense," Serie A president Maurizio Beretta told a hastily arranged news conference.

"I think we would have the time and the means to reach a full agreement before November 30. However, you can't talk about some points and not others."

The Serie A clubs' stance has angered the already furious union, which believes it has made concessions in the collective contract which will define the basic rights of players.

The existing contract expired in the close season.

Abete has said he will now try to use an independent arbitration panel to solve the issue but, with the federation struggling to defuse the row, it may escalate to the Italian Olympic Committee (CONI) which presides over all sports.

"I have faith that before November 30 we can arrive at an agreement on the collective contract. Good sense always prevails," CONI president Gianni Petrucci told reporters.

The issue first came to a head in September but the strike was postponed partly because of a lack of public support for the union, given the negative image of millionaire players taking industrial action in a time of general economic hardship.

Not all players are behind the latest move to strike but the recent experience of those left out of the first team may have strengthened the union's hand.

Juventus duo Fabio Grosso and Hasan Salihamidzic were dropped from the first team after failing to agree moves away in August but Juve's injuries have been so bad that the pair have returned to action, leaving the club slightly red-faced.

Italy players Federico Marchetti and Antonio Cassano have been dropped by Cagliari and Sampdoria for respectively asking for a move and offending the club president.

Two arbitration panels are due to rule on whether their suspensions are legal.

A hearing found in favour of Goran Pandev last season when he was dropped by Lazio for demanding a move and he was allowed to join Inter Milan on a free transfer.