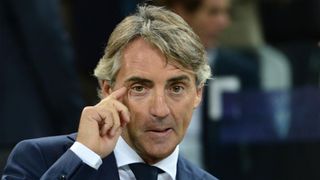 Inter, after a 3-3 draw at Celtic in the first leg, sealed their place in the next round with a 1-0 home win courtesy of Fredy Guarin's stunning late strike.

Inter will now face Wolfsburg in the round of 16, and Fiorentina come up against familiar foes in Roma.

For now, the two clubs turn their attention back to the league, where both have been in strong form in recent weeks.

Eighth-placed Inter have won three successive games in Serie A and their opponents, three places higher, are on a seven-match unbeaten run.

"We knew things would change. We need joy and enthusiasm, and of course results help a lot too," match-winner Guarin told Inter's official website after the victory over Celtic.

"We've got a tough match now and are already focusing on Fiorentina on Sunday. We need to take each match as it comes and try to do our best every time we play."

"I think we're on the right track to becoming an important team," added Hernanes.

"We performed poorly in the first part of the season and now we need to give everything we have to make up for that."

Defender Juan Jesus, meanwhile, enjoyed the atmosphere at San Siro on Thursday and hopes for a repeat when Vincenzo Montella's men visit this weekend.

"It was great to see all the fans here, but we need them in the league too," he said. "We need to rest up now and prepare for the next match. Let's keep focused."

The reverse fixture back in October ended in a resounding win for Fiorentina, who prevailed 3-0 thanks to Khouma Babacar, Juan Cuadrado - now departed for Chelsea - and Nenad Tomovic.

Then-Inter coach Walter Mazzarri only lasted another month in the job after that, before being swiftly replaced by former Fiorentina boss Roberto Mancini.

After an inconsistent start to his second reign at San Siro, it appears Mancini has Inter moving in the right direction again, and opposite number Montella is wary of the threat posed by Sunday's hosts.

"Inter are in great form at the moment and they're brimming with confidence," he said.