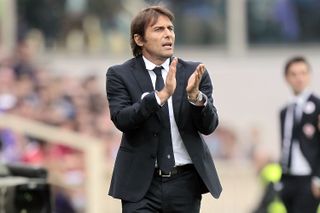 Antonio Conte's men recorded convincing home wins over Genoa and Catania to undo some of the damage inflicted upon them by the 4-2 loss at Fiorentina, when they surrendered a two-goal half-time lead.

That result saw the champions lose ground on Serie A leaders Roma but their overall form, which has seen them drop just five points from the 30 available, still has them in a strong position heading into Saturday's match.

And their response to the setback has been impressive, with six goals scored in the previous two games without reply - while only Roma and Inter can better Juve's 22-goal haul this term.

Parma's home record has bailed them out of trouble after Roberto Donadoni's charges kicked off the campaign with a four-match winless run.

A three-game winning streak at the Stadio Ennio Tardini has lifted them to the relative safety of mid-table, but they have not beaten this weekend's visitors in the last four meetings.

The 29-year-old has impressed since joining from Manchester City in the close-season, while Arturo Vidal has provided five goals from midfield to underline the fact that Juve have danger men all over the pitch.

Parma have fared relatively well against Juve on home soil in their two most recent title-winning seasons, holding them to a goalless stalemate in the 2011-12 campaign and a 1-1 draw last term.

Juve's last win in Parma came in January 2010, when a Paolo Castellini own goal sealed a 2-1 victory for the visitors.

The hosts will look to Marco Parolo for inspiration, with the 28-year-old midfielder having scored five of their 16 league goals.

Neither side has any fresh injury concerns, with Fabio Quagliarella and Mirko Vucinic unlikely to return from their thigh injuries for Juventus.