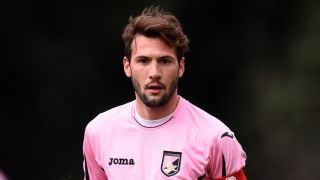 Sevilla have reached an agreement to sign Franco Vazquez from Palermo.

Italy international Vazquez will sign a five-year contract with Sevilla in a deal believed to be worth €15 million.

Following Ever Banega's move to Inter, Sevilla had been keen to add some more creativity to their squad and have made attacking midfielder Vazquez their fifth signing of the close-season.

The 27-year-old has already joined his new team-mates at their training camp in Orlando.

Vazquez came through the ranks of Belgrano youth academy and joined Palermo in January 2012. He spent 2012-13 on loan at Rayo Vallecano, before returning to Sicily, where he has since developed into a key figure.

The Argentina-born playmaker has won two Italy caps in his international career.