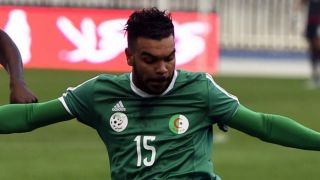 Algeria booked their place at the 2017 Africa Cup of Nations with a 2-0 victory over Seychelles at the Stade Linite.

The north African side needed just a draw in order to secure a spot in next year's competition in Gabon, but goals either side of half-time ensured they qualified automatically.

Yassine Benzia opened the scoring five minutes before the interval, taking one touch and firing inside the far post on the turn.

It was two just after the hour-mark when El Arbi Hilal Soudani converted despite failing to make clean contact with Ryad Boudebouz's free-kick from the left.

Soudani was denied a second by the upright in stoppage time, but it mattered little.