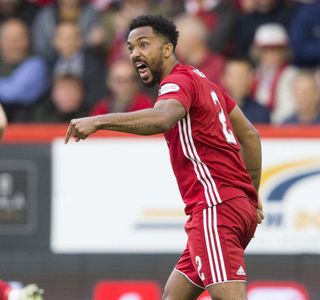 Aberdeen right-back Shay Logan has further committed his future to the club.

The former Brentford player was already under contract next season but has now signed up until 2021 with the “potential of an additional year”.

The 31-year-old initially joined Aberdeen on loan in 2014 and has made 242 appearances for the club.

Manager Derek McInnes told the club’s website: “Shay loves it here at Aberdeen, which I think is clear for all to see and he has been desperate to commit himself further to the club.

“He has been a very consistent performer and is an important player in the dressing room.

“His desire to stay will hopefully mean he can continue to be a positive influence here at the club.”