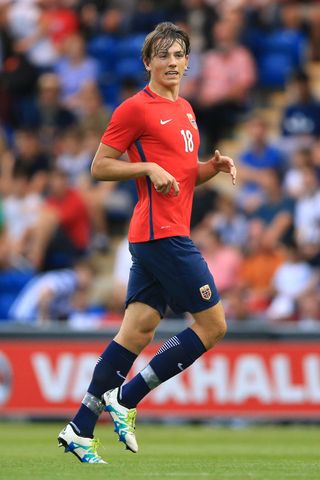 The 21-year-old, a Norway international with 20 caps, moves to Bramall Lane from the Belgian champions for a fee that eclipses the £20million the Blades paid for Oli McBurnie in the summer.

Berge has signed a four-and-a-half year contract and could make his debut away at Crystal Palace on Saturday.

Blades boss Chris Wilder tried to sign Berge in the summer and, after finally getting his man, he told the club website: “The board have really backed us in this window to bring in players of the quality of Sander. He fits the bill in so many ways.

“He’s a Norwegian international who has played 20 times for his country, he’s also played Champions League football and we’re delighted he has decided to come to Bramall Lane.

“Sander is someone we have known about for quite a while now. We have tracked him over a sustained period of time, he was a player we highlighted as someone who could come in and really improve us and we are thrilled he’s agreed to come here.

“When we sat down with Sander it was clear that he was really excited about coming here and that was great to see. I think this signing just shows how far we have come in a short space of time, that we are now attracting the likes of Sander to the football club. It’s a brilliant signing for us.”

United have once again smashed the club's transfer record to secure the services of a highly-rated Norwegian international midfielder on a long-term contract.— Sheffield United (@SheffieldUnited) January 30, 2020

Berge began his career playing youth football in Norway’s third tier and joined top-flight club Valerenga in 2015. He made 36 appearances before moving to Genk on a four-year contract in January 2017.

The holding midfielder played 98 times for Genk, scoring six goals, and played against Liverpool twice this season in the Champions League.

His signing is one of three that Wilder hopes to complete ahead of the transfer window closing on Friday night.