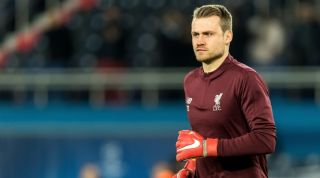 The Belgian made just two appearances for Jurgen Klopp’s side last season, both in domestic cup competitions, as he deputised for Alisson Becker.

Mignolet’s agent has said that the 31-year-old wants to leave Anfield this summer, but the Liverpool Echo reports that the club are resistant to losing him.

"It’s important for Simon to play somewhere, and our goal is still to make him leave," his representative Nico Vaesen is reported to have said earlier this week.

"He’s still got a lot to offer, and if we have an offer, we’re counting on Liverpool making an effort."

Before his demotion, the former Sunderland stopper made more than 200 appearances for Liverpool and the club hierarchy feel it would be difficult to find a replacement who could match his quality and experience as a second-choice goalkeeper.

However, the Reds do understand his desire to play more regularly and they appreciate the professionalism he has shown during his 18-month spell on the substitute’s bench.

Mignolet has several suitors but the Champions League holders have ruled out the possibility of a loan move and will only consider a sale if a large bid comes in.