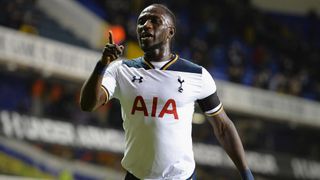 Sissoko has struggled to settle at White Hart Lane since a reported £30million move from Newcastle United last August and manager Mauricio Pochettino is said to be ready to listen to offers.

Sosa, meanwhile, has slipped down the pecking order at Milan due to their significant overhaul of the playing squad during the transfer window and the 32-year-old is expected to leave San Siro in the next month.

Usta has revealed that both midfielders are targets for Trabzonspor, but suggested they would only sign the players if reasonable deals, most likely loans, can be arranged.

"We need another player; maybe it'll be a player who plays more freely in the attacking zone," he told TRT.

"We are talking with Jose Sosa but making an assessment for economic reasons.

"We've also met with Moussa Sissoko, a very important player. He didn't live up to expectations last season but this can happen in football. We want to loan him and get his career back on track.

"Obviously Tottenham do not want to give up on a player they paid that kind of money for, but we will see."