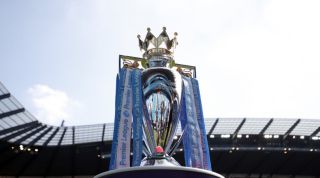 Some Premier League clubs think the current season should be abandoned on moral grounds, reports The Athletic.

Officially the 20 teams say they are 100 percent committed to finishing the 2019/20 season following its postponement due to the coronavirus pandemic.

However, privately some sides are not so sure and think that the campaign should be repeated regardless of the when the suspension is lifted.

Although no clubs are specifically named, West Ham United vice-chair Karren Brady initially raised such thoughts on March 14. Brighton and Hove Albion chief executive Paul Barber also said it could be unrealistic to finish the fixtures.

UEFA have postponed the European Championship in order to help leagues keep to their commitment of concluding the season by June 30. As things stand there will be no professional football in England until at least April 30.

Games could be played behind closed doors, yet some of the issues being raised are that it is "petulant" to even be worrying about football during such a challenging time for society.

Another point was that players getting potentially injured would only place further strain on an NHS already extremely stretched.

It is argued the main reason the Premier League clubs have committed to finish the campaign is over fears they will have to pay back the £762m in broadcast revenue for this term.

For it to be abandoned 14 of the 20 sides would have to agree. If this were to happen then Liverpool, who are 25 points clear at the top of the table, would be the biggest losers. As would supposed overachievers such as Sheffield United.

Yet those who think it should be disbanded say such discussion is all about "self-importance" and in the big scheme of things none of that matters.