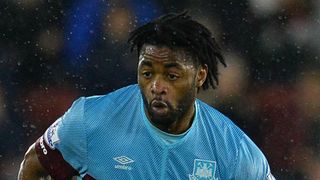 Barcelona midfielder Alex Song is set to join Rubin Kazan after the Russian outfit revealed a deal for the Cameroonian's signature had been agreed.

Former Arsenal man Song, 28, has spent the last two seasons on loan at West Ham and had a year to run on his Camp Nou contract.

Song made 65 appearances for Barcelona, scoring one goal, and enjoyed 46 outings in all competitions during his two-year stay at Upton Park.