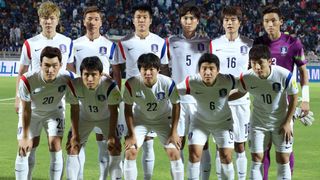 South Korea have the chance to continue their impressive form when they tackle Jamaica in Seoul.

The Korean capital will play host to South Korea and 2015 Copa America and Gold Cup participants Jamaica on Tuesday.

Koo Ja-cheol's goal was enough to give the South Koreans victory in World Cup qualifying, while extending their unbeaten streak to 10 matches.

South Korea have not tasted defeat since losing to Australia in January's 2015 Asian Cup final.

"There's no doubt Kuwait was the toughest opponent we've faced so far in the qualification stage," Stielike said after the match in Kuwait.

"We weren't quite as aggressive as we should have been in the first half, but I think we got better in the second half.

"Considering the number of chances we generated and our advantage in ball possession, I think we deserved to win."

Jamaica's trip to Asia is their first and only match of the international break in October.

Striker Errol Stevens is set to come out of the international wilderness.

Stevens has not won a cap since 2011 but the 29-year-old was included in Jamaica's alongside the likes of Giles Barnes and Adrian Mariappa.