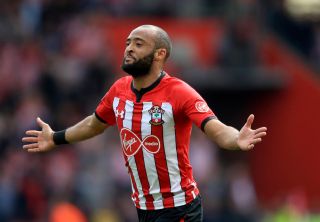 The Three Lions boss named a 27-man group ahead of this summer’s inaugural finals in Portugal, although the squad will need to be cut down to 23 by May 27.

Unsurprisingly, there were no uncapped players in Southgate’s selection, but there was a shock call-up for Redmond.

Overlooked since winning his only England cap in March 2017, the 25-year-old scooped the Player of the Year double at Saints’ end-of-year awards after a fine campaign.

England captain Harry Kane has been selected by Southgate, despite an ankle ligament injury, while Harry Winks has also got the nod after groin surgery.

There was no place for Ruben Loftus-Cheek after suffering a nasty-looking ankle injury playing in a friendly for Chelsea on Wednesday, but fellow midfielders Declan Rice and James Ward-Prowse were included.

Jesse Lingard and Joe Gomez returned to the squad, while Luke Shaw and James Tarkowski were left out.