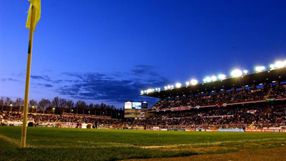 Like many Spanish clubs Madrid-based Rayo are suffering from severe financial problems and their owners last month applied to put the business into administration. They have also opened negotiations with prospective buyers.

After a meeting with players' union AFE the squad agreed to play the match "given the negative consequences that not showing up would have and after news of movement regarding possible buyers of the club", Rayo said on their website.

A 1-0 victory over closest rivals Real Betis on Sunday lifted Rayo to the top of the league amid protests from home fans aimed at the club's owners.They lead the way by two points with 11 games left.