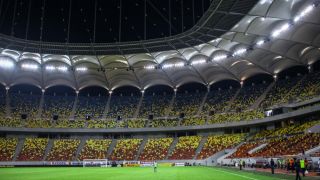 The Steaua fans were said to have displayed a racist banner in the 2-0 loss to Dynamo in their final Group J clash at the National Arena in Bucharest on December 11.

As a result Steaua - top of Romania's Liga I - will have no home advantage in their next UEFA competition matches should they qualify for a tournament.

The club have also been fined €20,000 for the use of laser pointers and fireworks during the game.

Steaua had previously been fined €64,500 for racism and other offences in August's Champions League play-off with Ludogorets.

Meanwhile, Scottish champions Celtic have been handed a fine of €10,000 for crowd disturbances relating to their 4-3 defeat in their final group game at Dinamo Zagreb.