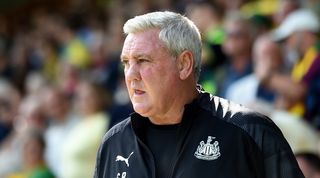 And The Sun reports that the document put together for potential investors includes a strange claim about the current Newcastle boss.

It says: “GACP Sports plans to support the current manager, Steve Bruce, who has had unparalleled success in Europe.”

That line was included despite the fact that Bruce has only once led a club into Europe, while he was in charge of Hull City.

What’s more, that campaign ended disastrously as the Tigers were dumped out of the Europa League play-offs by Belgian outfit Lokeren in 2014/15 and couldn’t reach the group stage.

The report suggests that the reason behind the odd sentence could be that Bruce’s name was hastily put into the document in the place of Rafa Benitez’s, after the Spaniard departed the club in the summer.

Kenyon has outlined ambitious targets for the north-east club, including luring Jose Mourinho to the club.

“If I had to take over a great club and I needed to sign a coach, the first one I would think about would be Mourinho,” he said at the World Football Summit in Madrid on Wednesday.

The Daily Mail reports that Kenyon and his partners have secured sufficient investment to fund a £300m purchase to be paid over three years, with an extra £50m to be paid up front to cover operational costs.

Ashley has received the offer and will give a definitive response within 10 days.

The new offer proposes a down-payment of £125m from GACP to take control and a further £175m to be paid through a so-called seller’s note over three years, with Ashley earning three per cent interest per year.

However, Ashley’s shadow wouldn’t completely disappear: his Sports Direct company would be granted signage and advertising rights at St. James’ Park until the final payment has been made.

In the brochure, Kenyon outlines his plans to transform the club into “one of the top 10 clubs in England”.