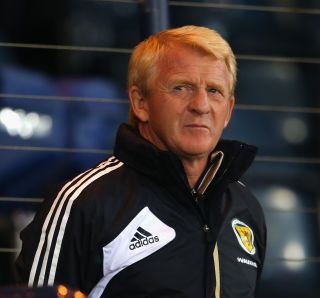 The result means that Scotland are undefeated in three consecutive games for the first time in two years, and also brings to an end the USA's three-match winning streak.

However, while encouraged by elements of his side's display, Strachan feels that Scotland still need to find the penetrative passes in the final third to get beyond the better teams.

He told BBC Radio Scotland : "We have one or two things to work on and we have to work on our final pass or second-to-last pass.

"We are doing fine retaining the ball, but we have to find these passes."

Despite the stalemate, Scotland had chances to win the game, with Craig Conway firing wide in the first half and Robert Snodgrass forcing Tim Howard into a fine save in the second period, and Strachan felt his side competed well against a team placed 13th in the FIFA world rankings.

"They are up there with Belgium (who were in Scotland's World Cup qualifying group) in the physical side," he added.

"They were big, big boys and to beat them your passing has to be sharper.

"It was not a classic game, but they are a strong side who have won 15 of their last 16 games."