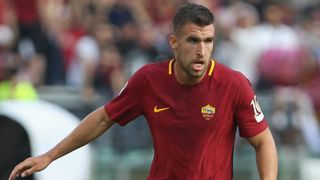 Roma's Kevin Strootman insists he is happy at the club, despite reports linking him with a move away from the Stadio Olimpico.

Strootman, 28, signed a five-year contract in May last year and has been part of a Roma side that have finished in the top three in each of the past five Serie A seasons.

The Dutch midfielder was asked about his future following Monday's 1-1 draw between Italy and Netherlands and said he was happy at Roma.

"I am only going to talk about the national team. I have a contract and I haven't signed for anyone else," Strootman said.

"I am happy at Roma and that's enough."