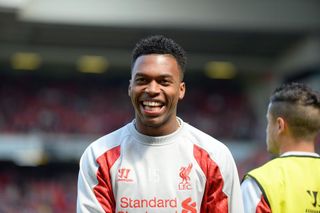 The striker has not played a Premier League match since August due to a thigh and calf injuries, twice suffering setbacks in a bid to return fo full fitness.

Sturridge, who has one goal in three league appearances this term, subsequently travelled to Boston to continue his rehabilitation.

Manager Brendan Rodgers stated at the end of December that the England international would soon return to Merseyside and Sturridge is now due back by Friday at the latest.

"Daniel Sturridge is in the final stages of his recovery," Rodgers said. "He will be back in the country in the next 24 hours.

"Daniel is a top-class player, he has wonderful qualities. He will make any team better. I'm hoping he can stay fit and make a charge for us."

Rodgers also stated that there was no update on a contract extension for Raheem Sterling, who continues to be linked with Real Madrid and Manchester City, while also cooling rumours that Liverpool are interested in signing James Milner from City.

"There's no update on Raheem's contract," he added. "That's something between the club and his representatives."

On Milner, he explained: "James is a wonderful player but players get linked with the club consistently."