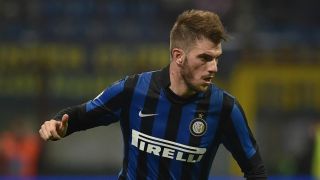 Sunderland have pulled out of a deal to sign Inter full-back Davide Santon, the Premier League club confirmed on Friday.

According to reports, Sunderland had agreed a fee of £4million for the former Newcastle United man, but posted on their official website to confirm negotiations between the two clubs had come to an end.

The statement read: "Sunderland AFC will not be pursuing its interest in Inter Milan player Davide Santon, after negotiations between the two clubs failed to reach a positive conclusion."

Santon would have arrived boasting considerable experience for Sam Allardyce's side, who only narrowly avoided relegation last season, however, the club now appears set to pursue other targets.

The 25-year-old Italian made 12 Serie A appearances for Inter last season as the Milan-based side finished fourth.