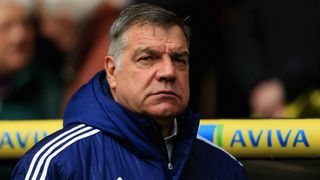 Sunderland have released a statement to confirm Sam Allardyce remains their manager despite mounting speculation he will imminently be appointed as England boss.

In the hours leading up to Sunderland's 3-0 friendly win at Hartlepool United on Wednesday, multiple outlets reported Allardyce would be confirmed as Roy Hodgson's successor by the Football Association within the next 24 hours.

After full-time at Victoria Park, Sunderland made their feeling on the issue public – stating they "share in the anger and frustration of our supporters".

"Naturally we are aware of the intense media speculation this evening, however, at the present time Sam Allardyce remains Sunderland manager," the statement read.

"We share in the anger and frustration of our supporters and would like to assure them that we are working to conclude the matter in the best interests of Sunderland AFC."

Last week, Sunderland urged the FA to find a "swift resolution to the matter" after claiming the focus on Allardyce was "extremely damaging" to the club.

Sunderland's first match of the Premier League season is away at Manchester City, while England open their 2018 World Cup qualifying campaign with a trip to Slovakia on September 4.