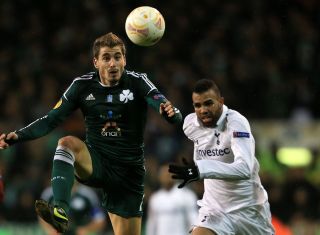 Mavrias, 19, came through the academy at Panathinaikos, establishing himself as a regular with the Athens club after making his debut as a 16-year-old in 2010.

The teenager made 70 appearances in his time at the Apostolos Nikolaidis Stadium, scoring six goals.

Capped twice by his country, Mavrias' progress through the ranks has been rapid, and he will now attempt to make an impression in the English game with a Sunderland side that finished a lowly 17th in the Premier League last term.

Di Canio has made wholesale changes in the close-season, but his team made a losing start to the new campaign, slipping to a 1-0 home defeat at the hands of Fulham on Saturday.

Sunderland travel to St Mary's Stadium at the weekend to face Southampton.