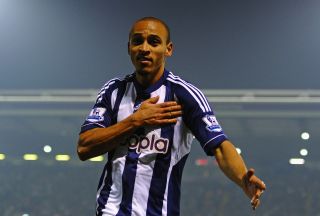 The Nigeria international has yet to feature for Steve Clarke's side in the Premier League this season, and fell out of favour after trying to force a move to QPR in January.

Swansea are keen to bolster their striking options, with Wilfried Bony having already signed from Vitesse in the close-season.

And Jenkins admitted he had begun talks over a deal for Odemwingie, but said there are other targets the club are pursuing with the Nigeria international thought to be attracting interest from other top-flight clubs.

"The one thing you learn about this stage of the window is that you cannot focus on only one target.

"You have got to have plenty of options, otherwise you might end up wasting your time.

"We are trying to bring in another forward and we will see how things develop over the next few days.

"We will do our best to make something happen and we are hopeful that we will get someone in - that is our aim."