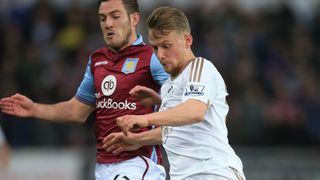 The 21-year-old signed for Swansea from Scottish Championship side Falkirk in June 2014 and made four Premier League appearances last season after returning from a loan spell with Crewe Alexandra.

Kingsley previously had a stint at Yeovil Town and is delighted to have finally had a taste of top-flight action.

"The last six months have been a whirlwind," Kingsley told the club's official website.

"Everything has happened so quickly. But this is just the start for me. I am just looking forward to getting into the new season and trying to push on.

"It's great to get the new contract done. I now have the next four years to look forward to and it is time for me to push on."