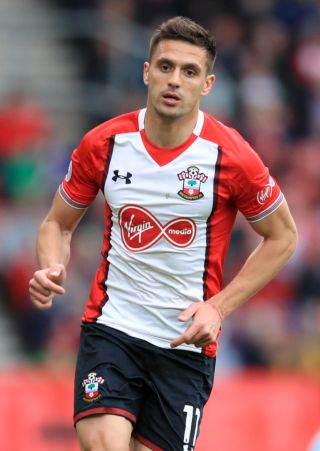 Boss Erik ten Hag has warned Juventus that Ajax are happy to continue to play with their underdog tag.

They face the Old Lady at the Johan Cruyff Arena in their Champions League quarter-final first leg on Wednesday.

Ajax stunned Real Madrid 5-3 in the second round – winning 4-1 at the Bernabeu –  and are top of the Eredivisie on goal difference ahead of PSV.

If Ajax make the final it would be their 19th Champions League game of 2018/19 – a competition record. They are also the 29-goal top scorers ahead of the quarter-finals.

“We are happy to be one of the Champions League surprises,” ten Hag told a press conference.

“We have a good midfield, we manage the ball possession well but when we don’t have it we have to be good at recovering it as soon as possible.

“Tactically, we are strong and we can put players in different positions. All of our players are able to play in big competitions. They have the potential and we will try to keep them because we want to do well again next year in Europe.

“We must play against Juventus with our style. The most important thing is the result. We are only thinking about the match against the Bianconeri.

“Juventus are an experienced team and can put different strategies into play. It will be another big obstacle to overcome after Bayern and Real. We will play as usual and we will have to be good at reading the game

“A couple of months ago we found our form and returned to being a strong team, even in Europe.”

Juventus have Cristiano Ronaldo available after he won his battle with a thigh injury. The Portugal international trained on Tuesday but captain Giorgio Chiellini suffered a calf injury in training on Monday and is out.

Juve came from 2-0 down in their second-round first leg tie against Atletico Madrid to win 3-2 on aggregate after Ronaldo’s hat-trick but winger Federico Bernardeschi is wary of Ajax.

He told UEFA.com: “Obviously, Ajax are a young team, full of talent, and they’re a team which plays football. They’re really strong, they’re great athletes, so we have to pay attention to all these qualities that they have.

“It’s the Champions League, no side gives you anything, so we need to put in two great performances to get the result we want.

“What they managed to do in Madrid surprised everyone, but this is the Champions League and anyone can beat anyone else. There are no rules. Every game is a battle.

“It would be a great feeling for everyone involved [if we could win the competition] but it’s a great feeling, a real source of pride and an honour first and foremost, to be in the quarter-finals.

“After that, who knows? We might go all the way, but I believe you have to take it one game at a time. You can’t afford to get too far ahead of yourself.”