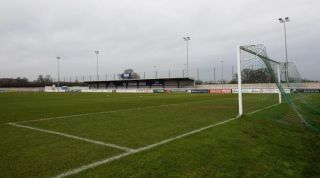 Chiangrai had ended a six-match winless run in the Thai Premier League by beating Bangkok United 3-0 on Saturday.

Things looked bleak for the visitors at the Rajamangala National Stadium, however, as Osotspa had opened up a 3-1 lead by the 52nd minute.

However, the visitors travelled home with a point as first Leandro Assumpcao halved the deficit before Saiwaeo struck in the second minute of stoppage time to complete the turnaround.

Chiangrai moved into a 14th-minute lead when Renan Marques struck, but the sides went into the break level thanks to Jetsada Puanakunmee's leveller.

The hosts then appeared well on course for three points when two goals in as many second-half minutes from Aron Da Silva and Chayanan Phombuppha put Osotspa 3-1 ahead.

Assumpcao's goal 20 minutes from time then set up a dramatic ending and Saiwaeo duly delivered a fitting finale.

A point means Chiangrai remain in seventh, while Osotspa are 12th.