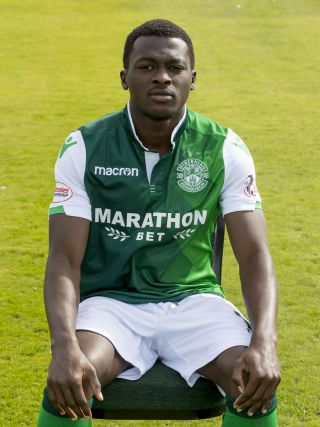 Thomas Agyepong admits he has not had much chance to develop his football at Hibernian but he feels his frustrating loan spell has made him mentally stronger.

The Manchester City winger has been restricted to eight appearances after being troubled by a thigh problem for most of the campaign.

The 22-year-old made a big impact in September but two separate spells on the sidelines have meant he has spent most of the campaign in the gym.

Fit-again Agyepong, who is looking for his third appearance in a row when Hibs play Rangers on Sunday, said: “On the pitch I wouldn’t say (I have developed) much but off the pitch I have learned character-wise.

“With a lot of setbacks you need to keep your mind strong and believe in what you are doing. The club and city have helped me maintain focus on my rehab because it’s really challenging mentally when you are nearly back fit and break down again.

“Off the pitch I have developed a lot. When you are injured you can develop yourself physically in the gym and come back stronger.

“But it’s good to get back and I would like to at least push myself to play a few games.”

Agyepong has not ruled out returning to Hibs next season but the decision on his future is City’s to make.

“My loan deal was a year so at the end of the season I go back to City and see what the plan is for nest season,” he said.

“I was there on Wednesday and had a chat. I will have a break, see my family and then take it from there. I don’t know what’s going to happen. I am just focusing on the games I have left for Hibs.”