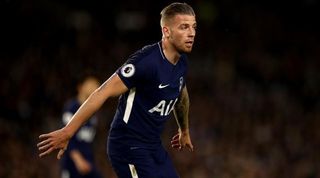 The Giallorossi are keen on signing the Belgium international on a cut-price deal, with less than a year remaining on his contract.

Gazzetta dello Sport reports that the Serie A side’s representative Franco Baldini, a former Spurs sporting director, will hold talks with the club and try and negotiate a transfer fee significantly lower than the centre-back's £25 million release clause.

Clubs have until July 26 to trigger the 30-year-old’s clause, but the Serie A side are determined to bring the price down further.

Roma are hopeful of achieving that for two reasons: the Belgian is in the final year of his deal, and they have already agreed personal terms with him for a three-year contract worth around £2.7m per year plus bonuses.

The club are also looking to bring in Atalanta centre-back Gianluca Mancini for around £18m as Paulo Fonseca’s side prioritise strengthening their defence ahead of next season.