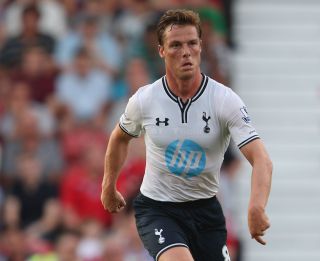 Martin Jol's side became Parker's fifth London club after he signed a three-year contract at Craven Cottage on Monday, bringing to an end his two-season spell with Tottenham.

The midfielder saw his first-team chances diminish at White Hart Lane as manager Andre Villas-Boas continued to add to his squad, and that was enough to convince him to move away.

Championship outfit QPR looked favourites to sign the 32-year-old but the lure of remaining in the English top flight ensured that Fulham was his next port of call.

"Staying in the Premier League and playing for Fulham is good option for me, and one I'm really looking forward to," he told the club's website. "It was one of the main reasons (I signed).

"I'm obviously very pleased - it's dragged on a little bit - as well as being a good club and something I wanted to be part of."

Parker is the seventh new arrival at Fulham this term and he believes that the club have put themselves in a good position to improve on their 12th-place finish last season.

"On paper the squad looks very strong and very good," he added. "You’d like to think we can have a good season and be competitive."