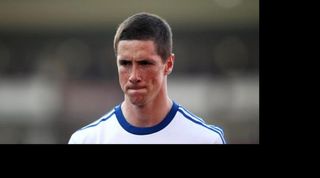 The Spain striker arrived in Italy on Saturday to complete the formalities of his two-year loan switch from Chelsea, with his medical due to be completed later in the day.

He joined the Stamford Bridge club in January 2011 for a then-British record £50 million fee following a highly productive stint with Liverpool, but was unable to demonstrate anything close to his best form in London.

The agreement with Milan will now see him play out the remaining two years of his contract in Serie A, and Torres admits he is relishing the chance of a fresh start.

"I'm really happy to have arrived in Milan," he told the press on his arrival at Milan-Linate Airport.

"I can't wait to do the medical, meet the fans and my new team-mates. I cannot wait to start this new adventure.

"I spoke to the coach [Filippo Inzaghi] yesterday and I am really pleased to work with a coach like him.

"He was a great goalscorer and definitely understands what the role of a striker is. I am sure that he can teach me and help me a lot in this adventure."

After his ultimately unsuccessful stay at Chelsea, Torres is confident he can contribute to bringing glory back to a Milan side who finished eighth in Serie A last term, missing out on European football, with the 30-year-old targeting a return to the UEFA Champions League .

He added: "When you play for Milan there are always big expectations.

"After a difficult season [last term], all the players and the fans want to get back into the Champions League and fight for trophies.

"It will be a nice challenge trying to get back into the top three in the league and subsequently have the chance to play in the Champions League next year.

"Then, why not try and win something already this year? I'm expecting good things from this season.

"Playing for Milan isn't easy. It’s an honour and a privilege to wear this shirt, I want to give my best and help the side have a great season."

Despite his prolific form with Liverpool, and prior to that Atletico Madrid, the Spain striker often flattered to deceive at Chelsea and fell out of favour following the return of Jose Mourinho as manager.

Torres' lack of goals was a source of frustration for the club's fans, having netted 20 times in 110 Premier League appearances prior to this campaign.

He arrives at Milan with the club looking to fill the void left by Mario Baoltelli, who joined Liverpool on Monday.