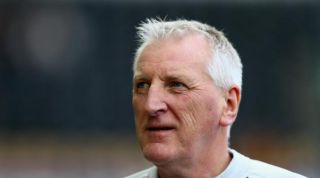 Moore was charged by the Football Association with "multiple breaches" of betting rules at the end of last month.

The FA alleged Moore had breached FA Rule E8(b), which relates to gambling on competitions in which one is involved or has an influence upon during the season in question.

The former Rotherham United and Oldham Athletic boss admitted the charges on Tuesday, with Tranmere - who had previously suspended the 61-year-old in light of the allegations, replacing him with assistant manager John McMahon - revealing that they would review his position.

And the Merseyside club have now opted to part company with Moore, ending his second spell in charge of the League One strugglers.

Football operations director and club secretary Mick Horton said in a statement: "Tranmere Rovers will not tolerate any action that damages the integrity of this football club.

"Any staff members found to be guilty of misconduct will face severe action."

Tranmere are only outside of the relegation zone on goal difference with six games remaining.