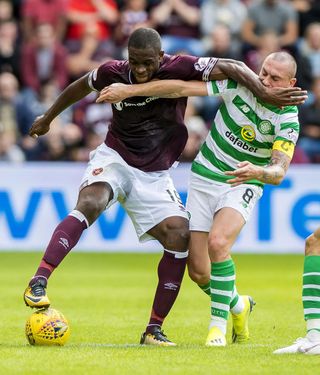 The summer signing from Cambridge had another year left on his initial deal.

But manager Craig Levein was keen to tie him down for longer after the 24-year-old made a major impact despite missing almost five months of his debut campaign with a foot injury.

Ikpeazu has scored four goals in 16 appearances, three of them in the Betfred Cup, but his all-round play has made him a huge hit with the supporters.

The former Reading and Watford trainee told the Hearts website: “This club has given me a great platform to improve. I love the club, the fans, the city and my team-mates as well.

“I genuinely think I’m improving and getting back to my best. I feel I’m back playing really good now.

“I feel confident and it’s just the goals to come, really. Now is the right time to extend my contract here because I feel the love from the management, the staff and the fans.”