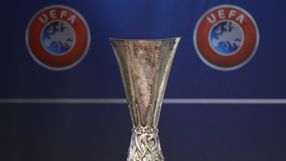 "The most important quality that we want to communicate is that the UEFA Europa League is dramatic," read the prompt sheet handed out to press officers who are then asked to brief their respective players and coaches.

"The Europa League is rich in heritage having provided some of European football's most memorable moments and characters in recent years," added the prompt, headlined 'Discover the Drama.'

"The league is prestigous - it provides clubs, players and fans with the challenge of competing in European football for an elite trophy."

The notes were discovered by chance in a media room before one of Thursday's matches and have since entered the public domain.

Europa League matches follow in the wake of two nights of Champions League action and they suffer as a result despite a high-profile rebranding in 2009.

Winners of the Champions League can earn a maximum of €37.4 million while the most the Europa League victors can net is just under €10 million.

Many clubs field weakened teams in the competition although some managers like Andre Villas-Boas, who won the competition with Porto in 2011, is now taking it seriously with Tottenham Hotspur.

The Portuguese fielded a very strong Spurs side for their match at Panathinaikos on Thursday, and even though his side were held to a 1-1 draw he said he had no regrets about playing most of his usual starting XI.

"The ambition we set for this competition is to go to the final, to win the trophy, one we won in the past," said Villas-Boas.

"We embrace this tradition. So we try to qualify from the group and then take it on."

The status of the Europa League was a talking point at the club coaches meeting at Nyon last month and many of Europe's top managers have given their support to the much-maligned competition, believing it will improve with time.

"I believe the new Europa League is improving from year to year and you have to give it time," Arsenal coach Arsene Wenger told reporters after an annual forum at UEFA headquarters featuring coaches from the biggest clubs.

"You could see last year...you had Atletico Madrid in the final and you saw their standard in the Supercup," he said referring to the Spanish side's 4-1 win over Champions League winners Chelsea at the start of the season.