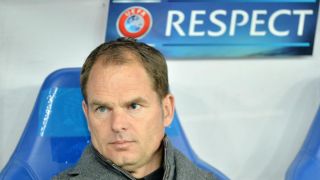 Ajax threw away a two-goal cushion to draw 2-2 with 10-man Rapid Vienna in the first leg of their UEFA Champions League third qualifying round clash.

It perhaps affected the visitors most, however, as Joel Veltman's sloppy pass out from the back put his defence under pressure and Beric scrambled home the equaliser in the 76th minute.

Neither side could find a winner and Ajax will hope that home comforts, as well as two away goals, will see them through to the play-offs next week.

Basel seem best-placed to make the next round, after a 3-1 win at Lech Poznan.

Michael Lang's effort from a Basel corner was cancelled out by a Denis Thomalla header on the rebound as the sides went in level at the interval.

The tide turned in Basel's favour midway through the second half as Tomasz Kedziora was dismissed for pushing Birkir Bjarnason over in the penalty area.

Although Shkelzen Gashi could not convert from 12 yards, Basel were ahead 10 minutes later through Marc Janko and Davide Calla thumped home a third that gives the Swiss side breathing room ahead of next week's home leg – which will not feature Taulant Xhaka, thanks to his 93rd-minute dismissal.

Celtic took their time but eventually saw off Qarabag of Azerbaijan 1-0 thanks to Dedryck Boyata's header eight minutes from time.

Red Bull Salzburg were the other winner on Wednesday, Andreas Ulmer and Martin Hinteregger sealing a 2-0 win over Malmo.

Elsewhere, Partizan picked up an away goal in a 1-1 draw at Steaua Bucharest, while HJK and Astana played out a goalless stalemate in Finland.