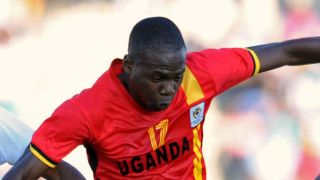 Uganda have qualified for the Africa Cup of Nations for the first time in 38 years after beating Comoros 1-0.

In front of a packed crowd at Nelson Mandela Stadium in Kampala, Joseph Ochaya hit the post from close range just before the half-hour mark as Uganda pressed for a breakthrough.

Milutin Sredojevic's side held out for the victory, the result ensuring they finished second in qualifying Group D with 13 points.

Burkina Faso, who topped the group after their 2-1 win over Botswana, also finished with 13 points, but claimed first place by virtue of their head-to-head record against Uganda.

The Cranes qualified as one of the two best group runners-up and will travel to Gabon next year to make their first appearance at the finals of the tournament since 1978.