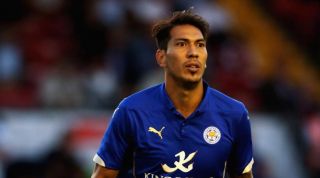 The Argentine, who arrived from Brighton and Hove Albion for a reported £8 million last month, marked his first Premier League appearance by cancelling out Aiden McGeady's 20th-minute effort at the King Power Stadium.

Steven Naismith made it 2-1 to the visitors in the closing stages of the first half before Chris Wood drew Leicester level four minutes from time.

And Ulloa says that both he and the rest of the Leicester squad have every reason to feel positive heading into the remainder of the season.

"It's more confidence for me, this goal," he told the club's official website.

"I enjoy the Premier League because this is new for me.

"It is different because there is more intensity than the Championship, but this team have quality and really good players.

"I want wins but I think the team played really well for the first game."

Leicester visit Chelsea in the Premier League on Saturday.