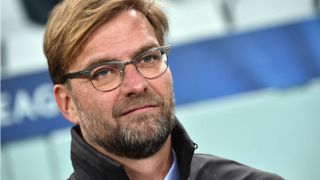 The explosive - reported to be a relic from the Second World War - is so close to the stadium that the entirety of the ground falls within an exclusion zone that has a 250-metre radius.

Scheduled renovation work in the VIP area of the stadium's west stand is said to have unearthed the bomb, which will now be disposed of.

It is unclear how many people had to be evacuated, but Ruhr Nachrichten quote city spokesman Hans-Joachim Skupsch as saying: "The area is sparsely populated.

"Nevertheless, we've got to make sure that there's no one inside the restricted area. Especially in the Bolmketal garden district."

Dortmund are due to host Schalke on Saturday, and Klopp's pre-match news conference will now take place at the club's training ground.