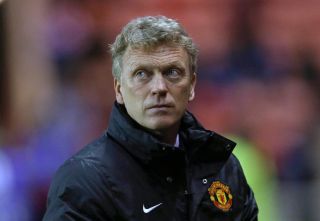 David Moyes' under-performing side sit seventh in the Premier League, six points outside the top four, and are facing a battle to secure their place in Europe's leading club competition for 2014-15.

In addition, United have dropped down to fourth in Deloitte's annual Football Money League, with that news coming on the back of almost $250 million being wiped off the club's share price in the last six months.

United have played Champions League football in every season since the 1995-96 campaign.

However, Nick Harris, the editor of the Sporting Intelligence website, believes the club would not be harmed too significantly if they missed out for one season.

"They make somewhere between £25m and £50m from the Champions League," Harris told Perform.

"It's a big chunk of money but if they miss it for one season it's not crippling to them.

"It's inconvenient rather than seriously damaging. They're going to earn more this year from the new (Premier League) TV deal than they would lose from not being in the Champions League.

"It's not some great catastrophe."

After a close-season that saw Alex Ferguson and chief executive David Gill both step down from their positions, United have struggled to reach the level many fans are used to.

Despite their poor campaign - which reached a new low on Wednesday with an abject League Cup semi-final defeat to Sunderland - Harris believes it is unfair to suggest the club are in crisis.

"Finishing in the top five or six, possibly fourth, (with a possible) Champions League quarter-final and a League Cup semi-final - it's not an abominably terrible season.

"You're measuring it against United's extremely high standards.

"I just find it completely unfathomable that United won't spend a significant amount of money in the transfer window either in January and/or in the summer."

United are reported to be closing in on a deal to make Chelsea's Juan Mata their first January signing, in a deal believed to be worth around £37m.