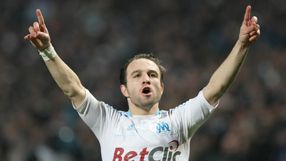 Olympique Marseille will be able to rely on forward Mathieu Valbuena when they host arch-rivals Paris Saint-Germain on Sunday after the France forward fully recovered from a knee injury.

"I feel good. I came from the bench against Rennes and played 25 minutes against Manchester United. I am fully fit," Valbuena told French sports daily L'Equipe on Friday.

Marseille are fourth in the standings, four points behind leaders Lille, while PSG lie fifth, three points further back.

Lille have midfield problems ahead of their trip to Stade Brest on Saturday.

Florent Balmont is suspended while Rio Mavuba is suffering from a calf injury and Yohan Cabaye has a virus infestion that also hit forwards Gervinho and Tulio de Melo.

Yacine Brahimi has been ruled out with a thigh injury while Jires Kembo (ankle) and Razak Boukari (thigh) are doubftul.

Midfielder Yann Mvila believes that in these conditions, "a draw would not be that bad".

Olympique Lyon hope they will put their Champions League elimination by Real Madrid behind them as they face a potentially decisive game against Rennes.

"If we want to match our ambition to win the title, we must win against one of our rivals. We all want to make up for this (Champions League elimination) and winning that game is the best way," keeper Hugo Lloris told reporters.

Lyon are third on 48 points, one point adrift of Rennes.