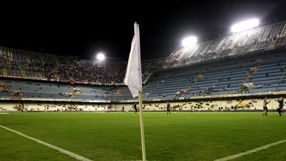 "It is an absolute necessity that there is an extraordinary atmosphere at the Mestalla that helps push the side towards the achievable aim of a place in the final in Bucharest," the 2004 UEFA Cup winners said in a statement on Friday.

Radamel Falcao scored twice as Atletico stormed into a 4-1 lead on Thursday but an added-time goal from Ricardo Costa has left Valencia with hopes they can go through to face either Portugal's Sporting or Athletic Bilbao in the May 9 final.

Valencia fans, who will be reimbursed if they have already purchased a ticket, have whistled their team and under-fire coach Unai Emery after some inconsistent results in recent weeks.

The Europa League has been much-maligned by fans as a poor cousin to the more lucrative and prestigious Champions League.