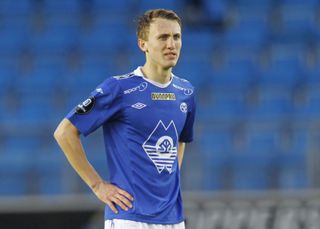 Eikrem was in the stands at St James' Park on Saturday as Cardiff came from behind to beat Newcastle United 2-1 in the FA Cup third round in their first game under Ole Gunnar Solskjaer.

The versatile 23-year-old worked with Solskjaer during his spell at Molde and was also coached by his Norwegian compatriot when the Cardiff boss was in charge of Manchester United's reserve side from 2008 to 2011.

And Van Basten revealed that Eikrem is poised to leave, with the Cardiff City Stadium his reported destination.

"It's a shame he's (Eikrem) leaving because in the final period of the first half of the season he has been important for us," he said in quotes reported by Leeuwarden Courant.

Eikrem has scored two goals in 13 appearances since joining from Molde in the close-season.