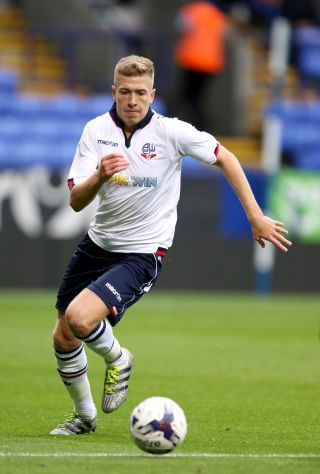 New Hibernian midfielder Josh Vela is relieved to be looking forward to enjoying his football again after ending his torrid time with Bolton.

The 25-year-old spent 17 years on Bolton’s books before exiting this summer with the club still in administration.

After making his debut aged 18 as a late substitute in a 1-1 Premier League draw with Swansea at the end of the 2011/12 season, Vela went on to make 182 appearances overall.

Vela said: “When I first came into the first team everything was going really well, then when Neil Lennon was there it started going bad, money wasn’t in our banks on pay day and stuff like that. Then it got worse and worse.

“Since January really it has been difficult with not getting paid. That went on the pitch and we obviously got relegated.

“I was out of contract and I wanted a fresh challenge for me and my family.”

Vela, who has teamed up with former Bolton team-mate Christian Doidge, added: “I have never moved to a new club so it’s a new thing for me.

“But Doidge said all the lads were good and they have welcomed me really well. It’s time to enjoy my football again.

“It’s a big choice because I’ve got a young family and I have never been away from Bolton but it’s a choice I’m going to relish.”

Hibernian will need to reverse a pre-season setback to take control of their Betfred Cup group.

Arbroath visit Easter Road on Tuesday top of Group C, a point and four goals better off than Hibs.

Dick Campbell’s League One champions beat Hibs 3-2 in a recent friendly, as well as inflicting defeats on Hearts and a Celtic XI.

Only a victory for Hibs will put their fate in the competition back in their own hands.