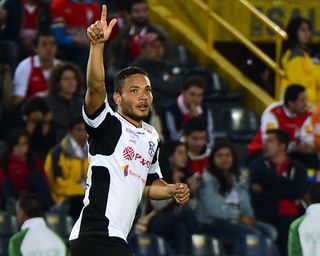 Noel Sanvicente's Zamora (35 points) thrashed Carabobo 6-2 on Sunday, but they remain under pressure in their bid to reach the final by finishing top.

But Zamora remain in pole position to face Mineros de Guayana, the Apertura champions, after their hammering of Carabobo.

Juan Falcon and John Murillo struck in the opening half-hour for the hosts at the Estadio Rafael Agustin Tovar in Barinas.

Pablo Olivera pulled a goal back for the visitors, but a four-goal, 16-minute blitz to start the second half set up Zamora.

Luis Vargas started the run in the 46th minute before Pedro Ramirez, Murillo and Falcon netted to make it 6-1.

Omar Perdomo scored a consolation goal for the visitors in the 82nd minute.

Trujillanos were similarly impressive in a 5-0 thrashing of Atletico El Vigia.

Freddys Arrieta was the hero with a hat-trick, while Arquimedes Figueroa and James Cabezas struck either side of the treble.

Mineros de Guayana were too good for Atletico Venezuela in a 3-1 win, while Tucanes claimed a 3-1 victory at home to Estudiantes de Merida.

Yohan Cumana, Evelio Hernandez, Oscar Briseno. Rolando Escobar, Jaime Moreno and Manuel Arteaga were on the scoresheet for the victors.