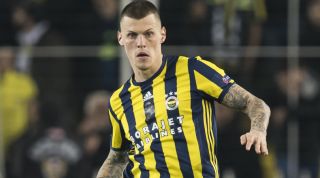 Fenerbahce lost 3-2 to Konyaspor in the Turkish Super Lig on Friday evening, but Skrtel had given his side hope after making it 1-1.

Picking the ball up well inside his own half in the 20th minute, the Slovakian defender found space in front of him... and then kept finding it.

After his mazy run he decided to take a chance on himself from 25 yards – a decision which proved a good one as his strike evaded goalkeeper Serkan Kirintili and nestled into the bottom corner.

And now we bring you a long-range solo goal from....Martin Skrtel?! pic.twitter.com/tmQEhewdBw

Get him back to Anfield, Kloppo. Hey wait, where are you going?