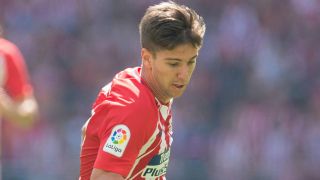 Valencia have reached an agreement to sign Luciano Vietto on loan from Atletico Madrid, with an option to make the move permanent.

Los Che have enjoyed a long-awaited resurgence during the first half of the 2017-18, reaching third on the table under head coach Marcelino.

They are due to return to LaLiga action at home to Girona on Saturday and have moved to reinforce their forward line by bringing in Vietto from the Wanda Metropolitano.

The 24-year-old attacker, who started his professional career at Racing Club in his native Argentina, has struggled for playing time since joining Atleti from Villarreal in 2015.

Vietto will compete with Simone Zaza, Santi Mina and Rodrigo for a place in Valencia's attack.