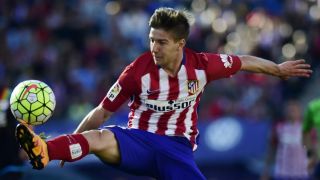 Argentine attacker Vietto has reportedly attracted the interest of Barcelona and Sevilla and is widely expected to leave in the weeks ahead, but he reminded Simeone what he can do with a fine second-half performance after coming on at the break in the team's first match of pre-season.

Atletico went a goal up in the 36th minute via Torres, who coolly slotted home after a clever throughball from Augusto Fernandez.

It was then Vietto's moment to shine as he turned inside the Numancia area before sending in a low cross that was inadvertently diverted into the net by defender Francisco Regalon.

Meanwhile, new arrivals Sime Vrsaljko and Diogo Jota were handed their debuts on Saturday, while Rafael Borre also made his first appearance for Atletico after returning from his loan spell with Deportivo Cali.