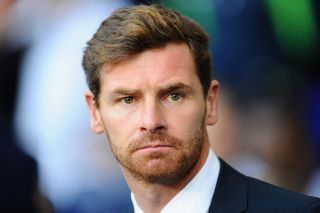 After winning their opening two games in Group K the Premier League side have a chance to qualify for the knockout stages with another triumph, if Anzhi Makhachkala and Tromso draw their match.

Moldovan side Sheriff have drawn both of their fixtures and Villas-Boas acknowledged that it will not be easy for Spurs in Tiraspol.

However, he believes the chance to take control of the group with another three-point haul will motivate his squad.

"We have a big opportunity to go to nine points and the chance to qualify at such an early stage," he said. "That motivation is key for us.

"Sheriff are influenced by the six Brazilians they have, very creative players particularly in midfield and in the channels

"They are a counter-attacking team, breaking very quickly, so we will have to be aware of that

"The most important thing for us will be our own principles and our style of play. If we continue to do that we can do something here

"We strive to win every game, that's our ambition as a team – a team that wants to move forward."

The 36-year-old revealed that Kyle Walker, Andros Townsend and Paulinho have all been rested for the trip, while Younes Kaboul and Etienne Capoue should return to training next week.