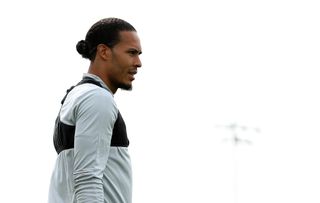 Liverpool defender Virgil Van Dijk and midfielder Alex Oxlade-Chamberlain were absent from training ahead of the Champions League semi-final second leg against Barcelona.

However, Press Association Sport understands the pair were undergoing specific, tailored sessions in keeping with managing their workloads at this stage of the season.

Van Dijk has played 54 times this term for club and country while Oxlade-Chamberlain made his first appearance in over a year late last month after a serious knee injury.