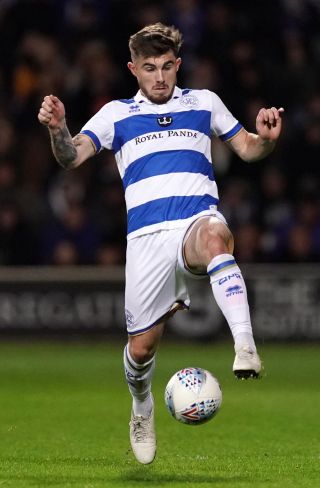 Mark Warburton says a half-time reset was the catalyst for victory as 10-man QPR came from behind to stun promotion-chasing Preston 3-1 at Deepdale.

Preston led at the break thanks to Daniel Johnson’s penalty, his 11th goal of the season, but QPR dominated in the second period.

Grant Hall levelled for the visitors, who then went down to 10 men when Geoff Cameron was sent off for a second yellow card. But a superb Ryan Manning free-kick and a late Eberechi Eze strike secured the points for the Londoners, who are now just six points off Preston in the final play-off spot.

“They’re a very good team with quality and physicality, well organised by Alex of course, so we knew what we faced and in the first half, we fell into the trap.

“We knew that they would come out hard, put pressure on us, put balls in behind.

“We had to come out and change our shape. We made two changes – we could have made seven. It’s tough on (Marc Pugh) Pughy and Dom Ball, they’ve been outstanding for us. We came out in the second half and you saw the result – what a reaction from the players, what a response.

“We looked on the front foot, we won our duels, looked dangerous and scored three wonderful goals so I think we fully deserved the three points.

“This league is bizarre. Anyone beats anyone, but what you’ve got to try and do if you can at this stage of the season is maintain a level of consistency.”

Preston remain in the play-off places but that marked their third straight defeat and the teams behind have closed in, with three points separating the Lilywhites in sixth and Swansea in 11th.

And manager Alex Neil says a failure to take their chances was behind the defeat after a dominant first half.

“I think we started the game great. I thought we were really on the front foot. We managed obviously to get a penalty and get a goal,” he said.

“I thought Sean (Maguire) had a good chance first half as well which hit the post. I think that’s an initial problem – we’ve not really capitalised on our dominance in the first half.

“I think Maguire’s second-half chance is the defining minute in the game. I think if that goes in, it takes the wind out of their sails, and the likelihood is we go on and win the match. I thought we missed it and we thought ‘opportunity missed’ as you could see.

“I’m really frustrated for us, because it’s an opportunity missed.